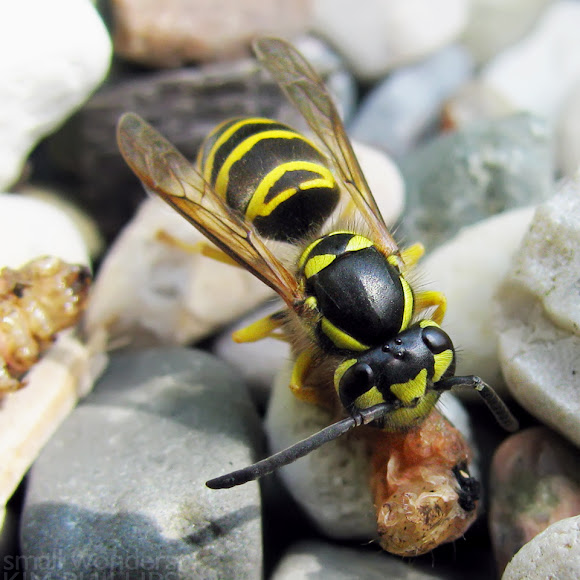 The female worker hunts for prey to feed to developing larvae in the colony. Once the female has captured and killed her prey, she will cut it into pieces and carry each piece back to the nest. She will then chew the piece into a paste. The worker will next "tickle" the larva which will begin salivating. The worker will drink the saliva, at the same time delivering the paste to the larva. This process is called malaxation. The Eastern yellowjacket is a beneficial predator, that captures and kills a variety of insects, including many garden pests.

My apologies: Administrators have changed "Wasps of the World" to a local mission. Please consider adding to this one: http://www.projectnoah.org/missions/9004..., "Hymenoptera of the World." Thank you.