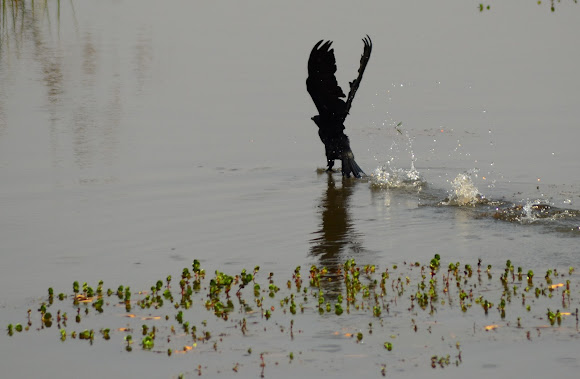 Yet another find in rakaskop near Belgaum

The Little Cormorant is a member of the Cormorant family of seabirds. Slightly smaller than the Indian Cormorant it lacks a peaked head and has a shorter beak. It is found widely distributed across the Indian Subcontinent and extending east to Java where it is sometimes called the Javanese Cormorant.