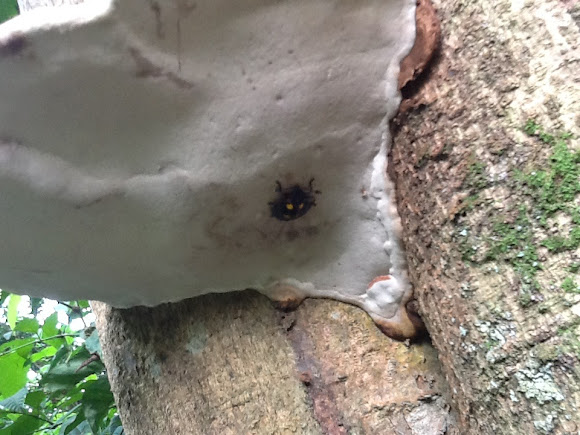 This beetle lives under, and off of tree fungus. It probably has a symbiotic relationship with the fungus because fungus often is poisonous, also these beetles seem to consistently be there. They have been spotted there everyday, sometimes in groups of 4 at the most. It eats it, and hides under it. This beetle is black with red/orange spots. It has six black legs. It is approximately 1 cm in length and .5 cm in width.

Do you think it might be a Eumorphus Marginatus?
http://www.natureloveyou.sg/Minibeast-Be...