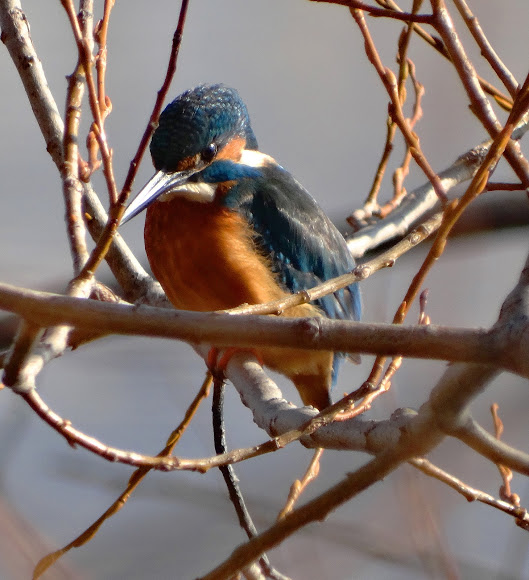 The beautiful iridescent plumage of the kingfisher makes it one of our most colourful and instantly recognisable birds; despite this it is rarely seen due to its shy nature. The upperparts are bright blue, while the underparts are a rich chestnut-red, although if seen in flight these colours may not be very obvious. The bill is very long and dagger-like. Although the sexes are generally similar, in breeding pairs they can be distinguished by the bill; in females it has a red base, whereas in males it is completely black. Although similar to adults, juveniles have duller, greener plumage.