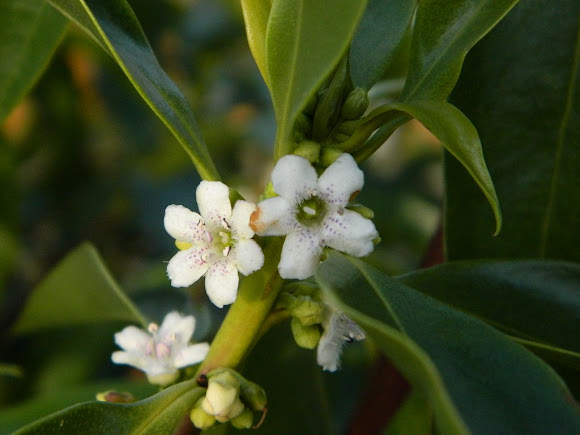 Myoporum laetum, commonly known as ngaio or mousehole tree is a plant in the family Scrophulariaceae endemic to New Zealand, including the Chatham Islands. Myoporum laetum has been introduced to several other countries including Portugal, South Africa and Namibia, as salt tolerant, and as such is been distributed in Greece too. These 5 trees were spotted planted in Agios Minas beach, Pagasitikos gulf, Greece.