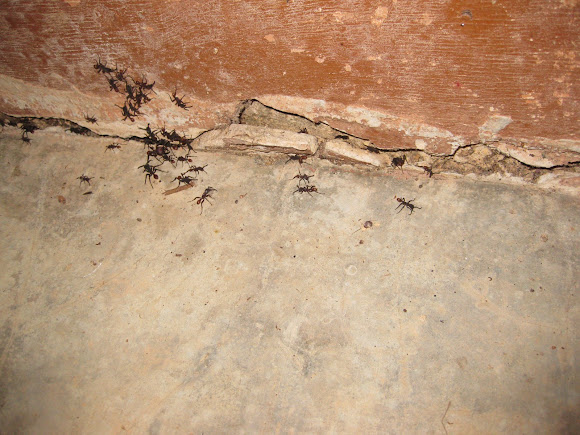 This swarm of army ants invaded our research cabin one day. They were apparently relocating their nest. For a few hours, there were literally thousands of them snaking along the wall of our patio. These pictures really don't do the event justice because it was like a river of ants. I've never seen anything like it in my life. When we came back from the forest a few hours later, they were still there, but the flow wasn't as strong. They eventually tapered off, I'd say the entire invasion lasted about six hours total. Also, if anyone can correct my taxonomy, I'd appreciate it. I'm assuming it is correct.

Thanks! I was afraid they were going to get in all our research equipment and bags. Good thing we were sleeping in hammocks!