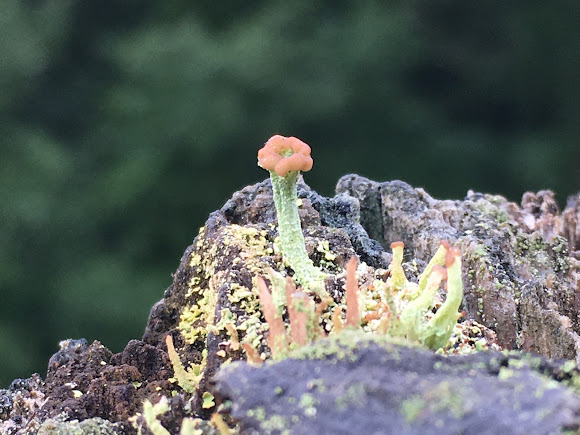 There is a large group of fruticose lichens that are called “cladoniform.” These consist of two parts: a primary thallus which is the first thing to grow and is usually crustose or formed by numerous small plates called squamules, later followed by an upright structure called a podetium. Since most members of the large and important genus Cladonia, are cladoniform, this is the most common type of fruticose lichen in Ohio.

Growing on top of an old fence post at my barn. There are some British Soldier Lichens (sharing the space).