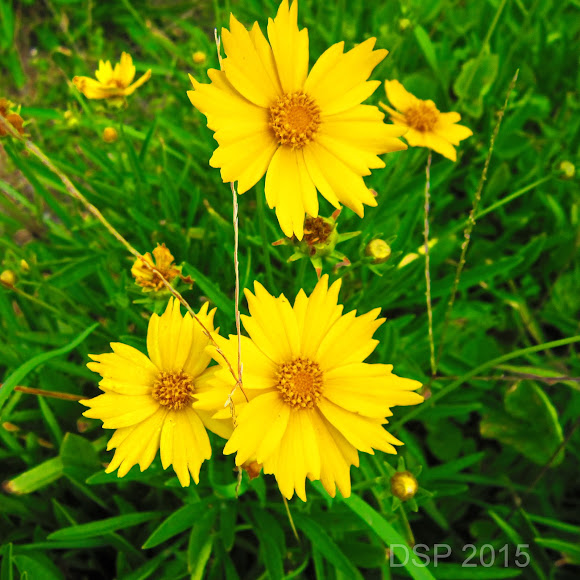 Coreopsis grandiflora, commonly called large-flowered tickseed, is native to prairies, glades, open woods, thickets, roadsides and open ground in the southeastern U. S. from Florida to Texas and New Mexico north to Georgia, Missouri and Kansas. It typically grows in a clump to 2' tall. Daisy-like single flowers (2-3" diameter) feature deep yellow rays (notched at the tips) surrounding a darker golden yellow center disk. Flowers appear singly atop slender, erect stems rising to 2' tall. Flowers typically bloom from late spring to late summer and sometimes into fall, though bloom period can be much shorter if spent flowers are not regularly deadheaded. Upper leaves are pinnatifid and deeply lobed, but lower leaves at the base of the plant are lobeless and linear. Through introduction and garden escapes, this coreopsis has become established in the eastern and central U. S. well north of its native range.