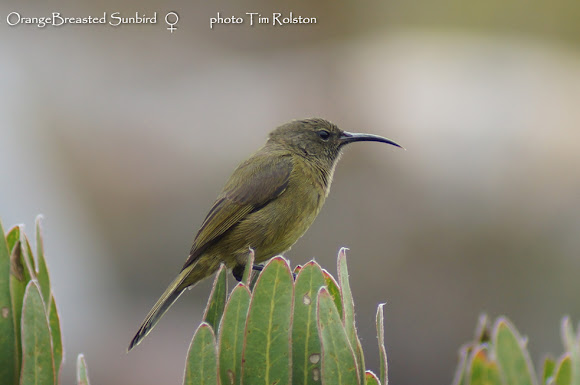 This common endemic sunbird of the Cape is one of my favourites. The males are brightly adorned but the femails and juvenilles are far more dull coloured. They eat nectar, insects and spiders and are generally found in proea bushes in protected valleys out of the wind.

I am assuming this is the female of the Orange Breasted Sunbird due to the presence at the same time of the more easily identified males of the species.