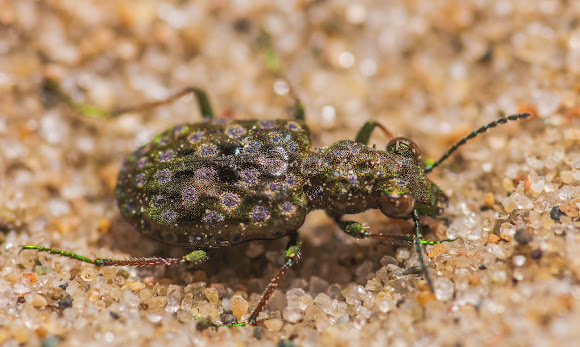 An uncommon species of beetle encountered only one time before in the state of Iowa. This beetle was small, metallic green with dispels which are a purple-blue color. Very "tiger beetle" looking.

Found on a sandbar on Clear Creek which runs through the northern most part of Iowa State University's campus. This area is surrounded by woods.

Thanks everyone, for your kind words.