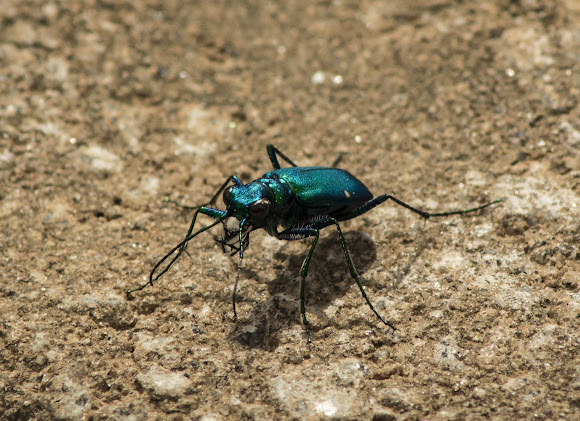 Lovely green Six Spotted Tiger Beetle found in Jonesboro, Georgia, USA. Hunting with a group of four or five others for small ants between cobblestones in a dry, sandy area.* Easily identifiable by enormous white mandibles and striking color.

North America, not usually found lower than around Kentucky. I've lived in Georgia for 25 years and had never seen one, let alone four until that day.

*It should be noted that these beetles were not observed hunting as a group, just in the same area. They are not known for being gregarious insects.