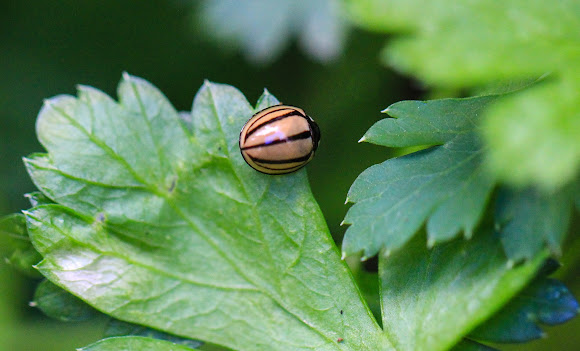 A tough one to identify in the old world of Ladybugs. Similar to the Black-ringed ladybird (Oenopia cinctella), I could not find its picture in any of my books. Instead of just the one black stripe extending from the head between both wing covers as in the Black-ringed, each wing cover has a similar but mirrored strip pattern of the other.