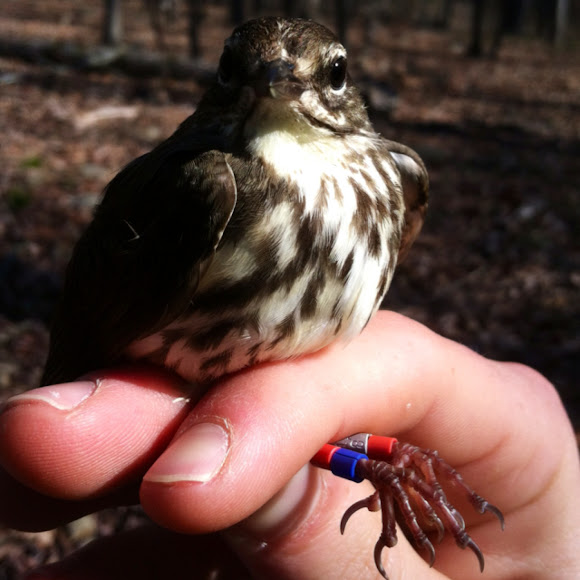 Large warbler that feeds and nests alongside streams

Looks very similar to Northern Waterthrush, though Louisiana is slightly larger and has less brown streaking on its neck and belly.