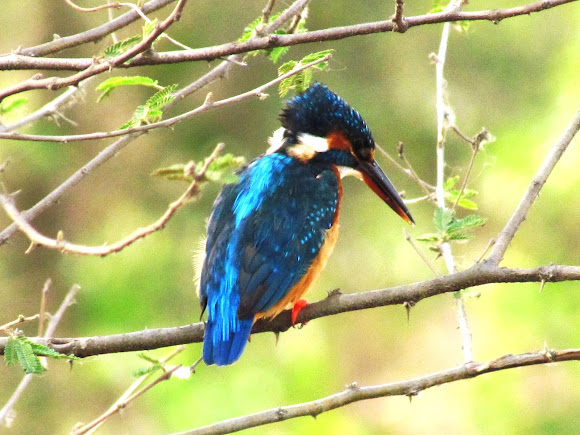 The common kingfisher also known as the Eurasian kingfisher, and river kingfisher, is a small kingfisher with seven subspecies recognized within its wide distribution across Eurasia and North Africa. It is resident in much of its rangeThis sparrow-sized bird has the typical short-tailed, large-headed kingfisher profile; it has blue upperparts, orange underparts and a long bill. It feeds mainly on fish, caught by diving, and has special visual adaptations to enable it to see prey under water.