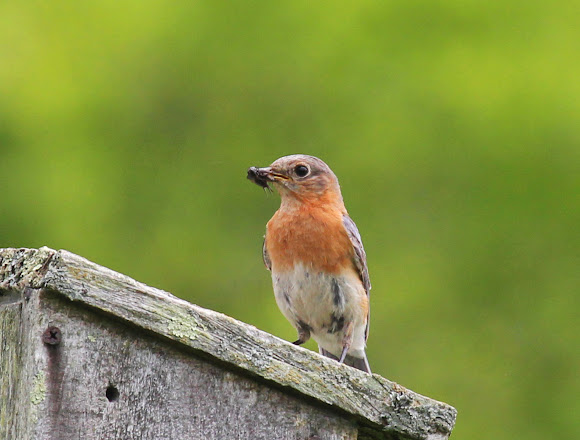 Small, plump thrush with grayish blue colors above and an orange-brown breast. I think that this one was female because it didn't have the vivid, blue hues that males have.

Spotted in a meadow beside a large pond.

About two-thirds of a bluebird's diet consists of insects and other invertebrates. I think that the bird in this spotting had caught a cricket, and it was heading back to its nest inside the nesting box. Both parents cooperate in raising the young, which they feed a diet of insects.