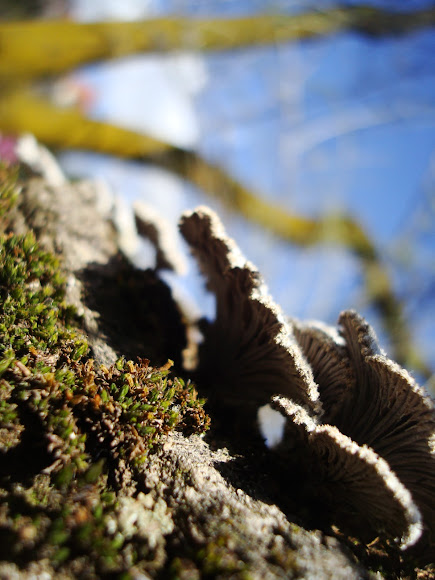 The cap is shell-shaped, with the tissue concentrated at the point of attachment, resembling a stem. It is often wavy and lobed, with a rigid margin when old. It is tough, felty and hairy, and slippery when moist. It is greyish white and up to 4 cm in diameter. The gills are pale reddish or grey, very narrow with a longitudinal split edge which becomes inrolled when wet; the only knows fungus with spit gills that are capable of retracting by movement. It is found predominantly from autumn to spring on dead wood, in coniferous and deciduous forest.

It is common in rotting wood during spring and autumn, but apart from being problematic for plants it can also cause disease in humans.