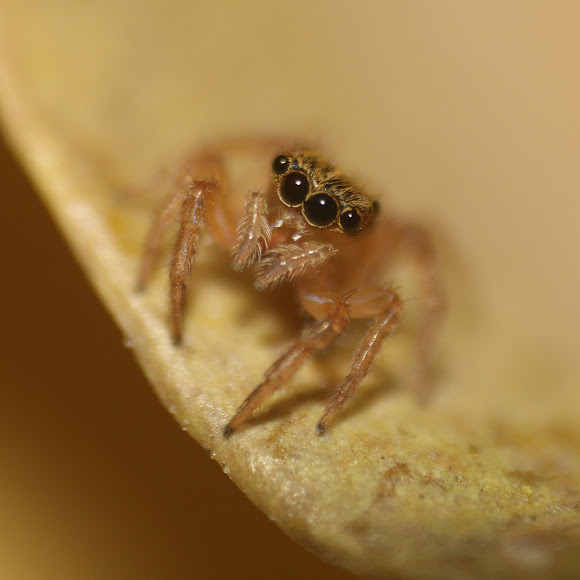 Jumping spiders are among the easiest to distinguish from similar spider families because of the shape of the cephalothorax and their eye patterns. The families closest to Salticidae in general appearance are the Corinnidae (distinguished also by prominent spines on the back four legs), the Oxyopidae (the lynx spiders, distinguished by very prominent spines on all legs), and the Thomisidae (the crab spiders, distinguished by their front four legs, which are very long and powerful). None of these families however, has eyes that resemble those of the Salticidae. Conversely, the legs of jumping spiders are not covered with any very prominent spines. Their front four legs generally are larger than the hind four, but not as dramatically so as those of the crab spiders, nor are they held in the outstretched-arms attitude characteristic of the Thomisidae. In spite of the length of their front legs, Salticidae depend on their rear legs for jumping. The generally larger front legs are used partly to assist in grasping prey,and in some species, the front legs and pedipalps are used in species-recognition signalling.