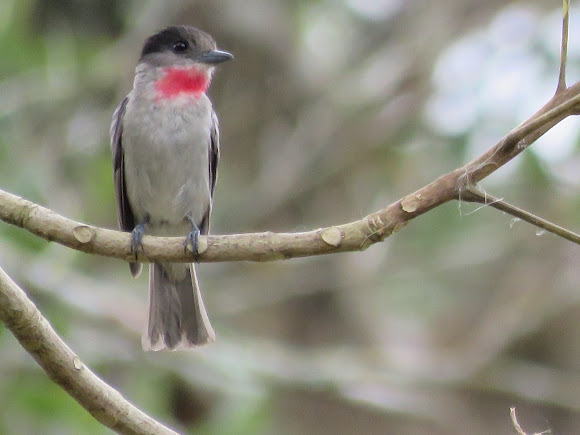 The Rose-throated Becard is a smallish bird (16-18 cm) with a relatively short, stout, slightly hooked beak, large head, sturdy body, short tail, and sexual dimorphism in adults characterized by a two toned (darker above, paler below) plumage pattern in both sexes.

The overall distribution is spread across Middle America from the United States border with Mexico southeastward to Costa Rica or western Panama. No clinal variation in any of the three mensural characters is evident across the full northwest-southeast geographic gradient of the range. Rather, variation forms regional mosaic patterns in which wing chord represents one pattern and the two bill dimensions represent another. For example, culmen length is longer in Atlantic coast populations of northern Mexico than those along the Pacific coast.