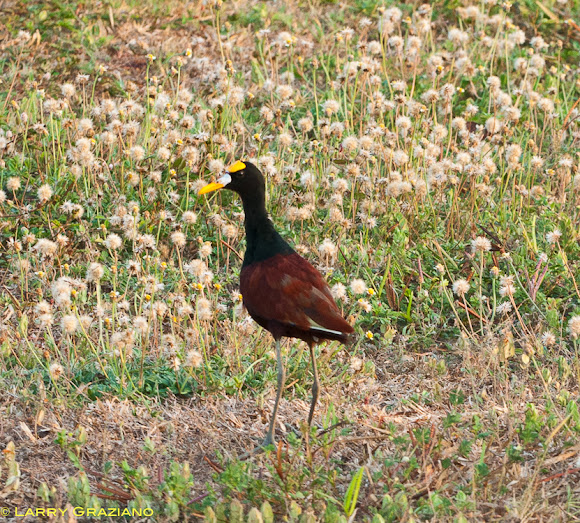 The northern jacana has a dark brown body with a black head and neck. In addition its bill has yellow patches and its forehead has a wattle. It’s bill has a white base. When a jacana is in flight, its yellow primary and secondary feathers are visible. Juveniles have a white supercilium and white lores. The female jacana is around twice as big as the male, averaging (145.4g) compared to (86.9g). Jacanas average 241 mm in length with a wingspan averaging 508 mm.

Jacanas live on on floating vegetation in swamps, marshes, and ponds. Tropical dry forest in NW Costa Rica 5 months into the 6 month dry season. This one spotted next to a year round lake at a golf course.