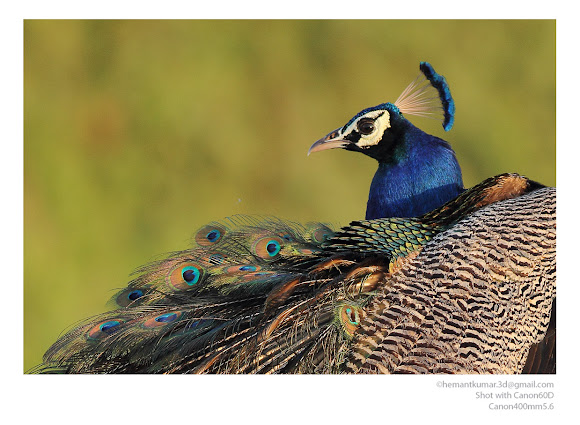 Peafowl are two Asiatic and one African species of flying bird in the genus Pavo of the pheasant family, Phasianidae, best known for the male's extravagant eye-spotted tail covert feathers, which it displays as part of courtship. The male is called a peacock, the female a peahen, and the offspring pea chicks.The adult female peafowl is grey and/or brown. Peachicks can be between yellow and a tawny colour with darker brown patches or light tan and ivory, also referred to as "dirty white". The term also embraces the Congo Peafowl, which is placed in a separate genus Afropavo. (WIKI)