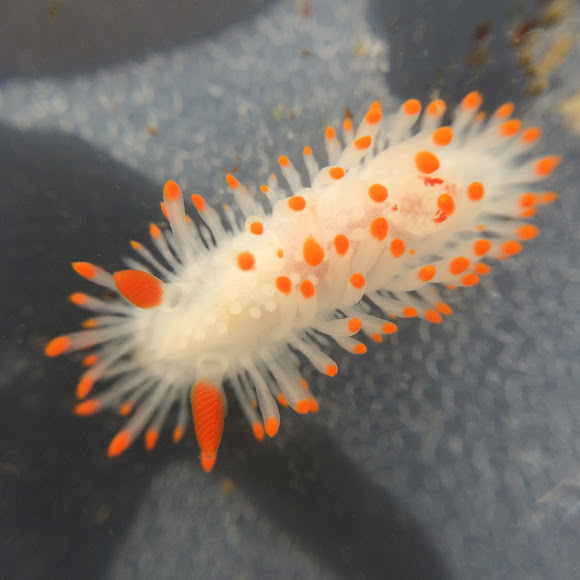 This species reaches lengths of 26 mm. It has long dorsal papillae with white branchial plumes.[3] It is found in two forms. The northern form has white tubercles down the middle of the dorsum. The second form, found in areas south of Point Conception have tubercles that are slightly longer and tipped with orange. Intermediate forms exist in central and northern California. Another form in California has large red blotches on the dorsum.

Intertidal zone. This species is found from the West coast of North America ranging from Vancouver Island, British Columbia, Canada to Baja California. It has also been found in the Gulf of California at Bahía de los Ángeles.

spotted under a rock in a tidepool

What a nice find under a rock!

Lovely ! Thanks for sharing this beauty, Donna.