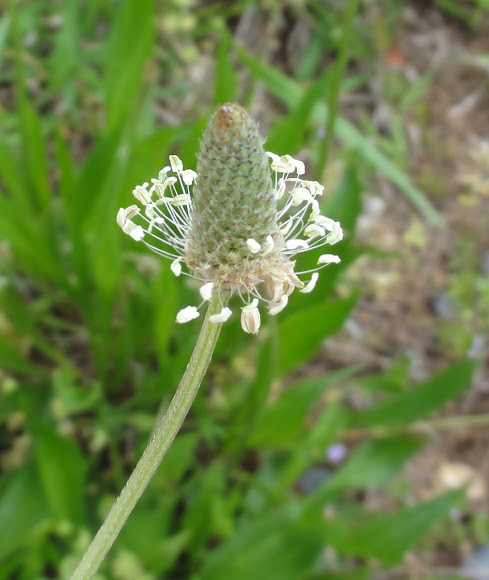 Ribwort plantain is a perennial species (2). The flowers are present from April to August, and are pollinated by wind, beetles and flies (7). The pollen of this species is one of the culprits responsible for hay-fever in many people (6). The seeds, which ripen from June to September, are long-lived (3) (7). Historically, this plant has been put to many uses. The leaves have been used to stanch dress wounds, and to treat a range of illnesses such as diarrhoea, sinusitis, asthma, and bronchitis. The seeds have been used as a laxative and to treat parasitic worms. The seeds have also been used to stiffen cloth; they are surrounded by a coat of mucus that is removed by soaking the seeds in hot water, the resulting liquid stiffens the material.

It is a common weed of cultivated land. It is considered an invasive weed in North America. It is present and widespread in the Americas and Australia as an introduced species.

Spotted along the trail at the Allatoona Pass Battlefield.