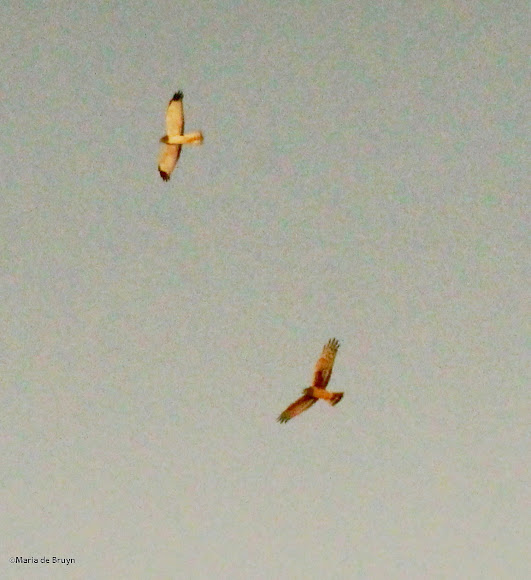 The male is mainly gray above and white below except for the upper breast, which is grey like the upper parts, and the rump, which is white; the wings are gray with black wingtips. The female is brown above with white upper tail coverts; her under parts are buff streaked with brown. These two were engaged in a courtship flight very high over some fields.