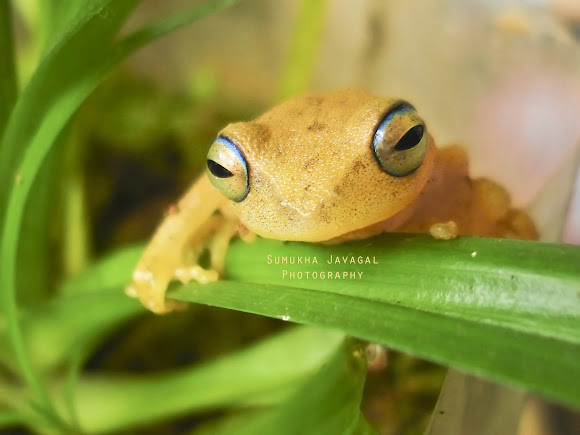 It is a small, distinctive frog which gains its common name from the bright blue ring running around the edge of its protruding, golden eyes. Its scientific name, neelanthrus, means ‘blue eyes’ in Sanskrit, a historical local dialect.

Thanks a lot Satyen..!

Thanks a lot Gerardo..!