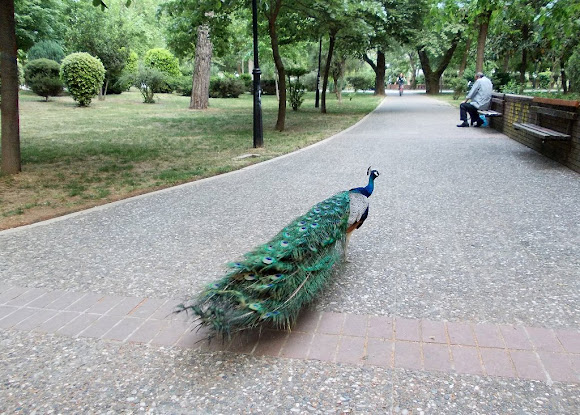 Indian Peafowls, spotted at Pafsilypo park (Παυσίλυπο), in central Karditsa city, Greece. In the ancient Greek mythology, when giant Argus Panoptes with his 100 eyes was deceived and killed by god Hermes, Hera, removed his eyes and placed them on her beloved bird's tail, the peacock.