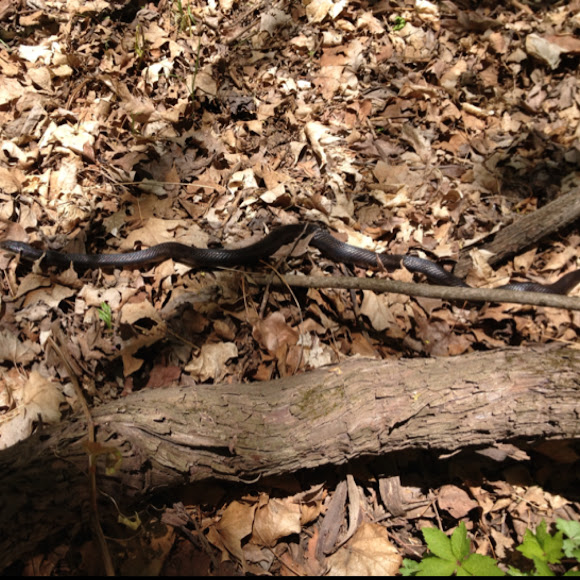 It prefers heavily wooded areas and is known for having excellent climbing ability, including the ability to climb the trunk of large mature trees without the aid of branches. This snake is a competent swimmer, but usually uses this ability only to travel to additional hunting territory. During winter, it hibernates in dens, often with copperheads and timber rattlesnakes. This association gave rise to the common name, pilot black snake, and the superstition that this nonvenomous species led the venomous ones to the den.