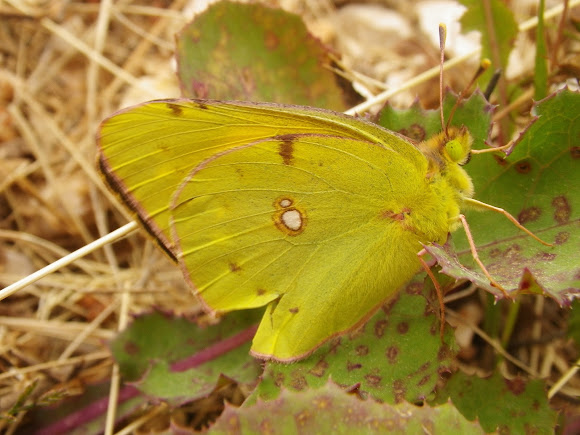 The upperside is golden to orange yellow with a broad black margin on all four wings and a black spot near the center forewing. The underside lacks the black borders and is lighter, with a more greenish tint, particularly on the forewings. In the forewing underside is the same dark spot as on the upperside, but often with a light center; the hindwing underside has a white center spot, often with a smaller white or dark dot immediately above it. Sometimes, a row of black dots occurs on the underwings' outer margins, corresponding to where the black border ends on the upperside. Females differ from the males in having yellow spots along the black borders on the upperside. In a small proportion of females the golden upperside colouration is replaced by a pale cream colour.

Can be found in most habitats and most altitudes, this one is found on coastal meadow.