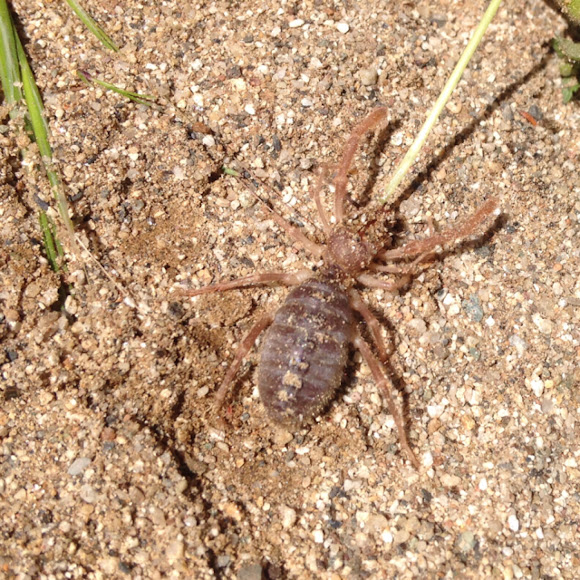 Solifuges are small spider-like arachnids that are typically associated with arid habitats with little vegetation.

Mainly inhabit tropical and subtropical desert regions of Africa, Asia, and the Americas, but some species are also found in dry grasslands (Brookhart and Brookhart 2006). Most species are essentially crepuscular (active at dusk and dawn) or nocturnal, although some are active during the hotter parts of the day, presumably explaining the common name "sun spider". We observed this one in a meadow near a creek in the Oak scrublands of Northern California.

Solifuges are predators, feeding on other ground-dwelling arthropods as well as small lizards, snakes, and rodents. Most species lack venom, instead they simply tear apart their live prey with their powerful chelicerae. Some solifuges construct burrows in which they spend much of their time when not hunting or mate-searching and others hide under stones or in crevices. We discovered this one when my son was digging a hole in a disturbed area near a trail along Clear Creek in California.