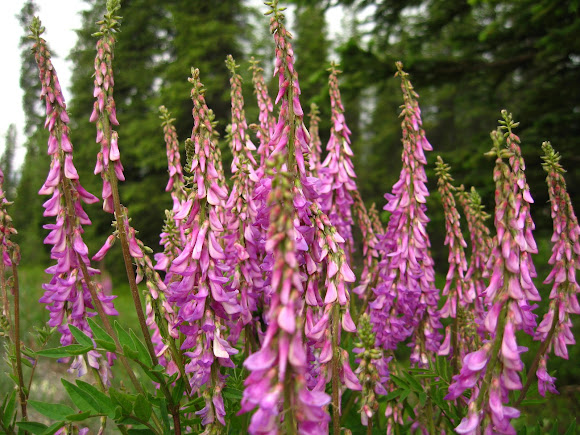 The Eskimo potato is a type of edible plant that grows in the northern areas of Canada and Alaska. The plant's scientific name is variously attributed as either Claytonia tuberosa[1][2] (Inuit: oatkuk[3]) or Hedysarum alpinum (Inuit: mashu[3]). Both species have a range in the northern area of North America, have edible roots, and have been documented to have been used as a food source by Inuit peoples.[4] Due to its nutritional qualities, the eskimo potato is one of many edible foods listed in survival guides, such as the US Army's field manual Survival,[2] and is used in modern times to subsist in nature; for instance, Christopher McCandless used the plant as a food source while he survived in the Alaska wilderness