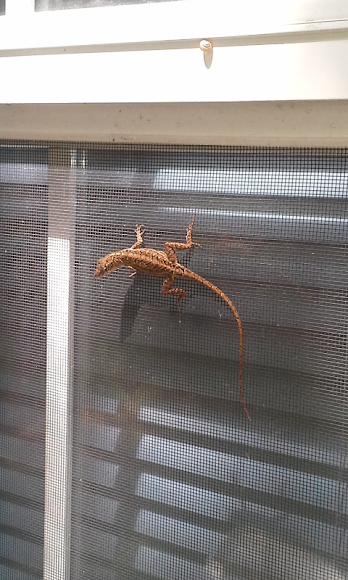 They do need warmer climates when possible as they are cold blooded. However, when it is cooler they are able to slow down their body functions and to survive. They are able to eat dry foods too that many other creatures are going to bypass. Small species of Lizards often live under rocks and in crevices. They are frequently found basking in the sunlight though and that is why they are often visually seen during the daylight. Since they are able to move so quickly though they can get away from predators and from humans that happen to be in the area. Many Lizards live in trees too. They are able quickly climb in them and they find the branches offer them solace from various types of predators. The fact that some such as the chameleon can change colors allows them to have more camouflage and thus they can find shelter in the trees even when they are out in the open.

Spotted on the outside of my bedroom window