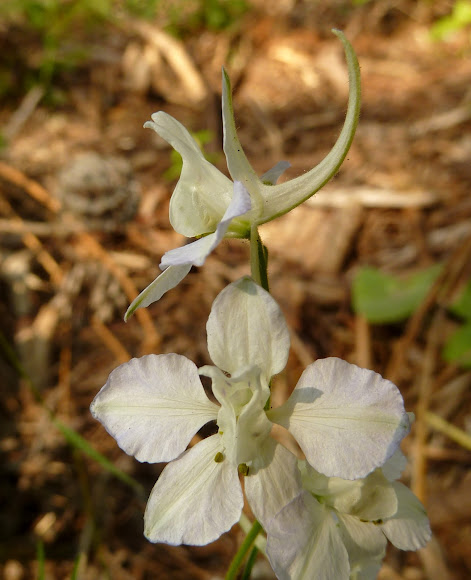 It is an annual flowering plant of the family Ranunculaceae that has been frequently grown in gardens as an ornamental for its spikes of blue [ http://www.projectnoah.org/spottings/314... ], pink [ http://www.projectnoah.org/spottings/292... ]or white flowers like the specimen on the photo. It may reach a meter in height. Each flower is then replaced by a pubescent follicle containing numerous small black seeds. These seeds are small enough to be dispersed by gusts of wind. The root system is a slender branching taproot. This plant spreads by reseeding itself, and may form colonies at favorable sites, although it usually doesn't persist.