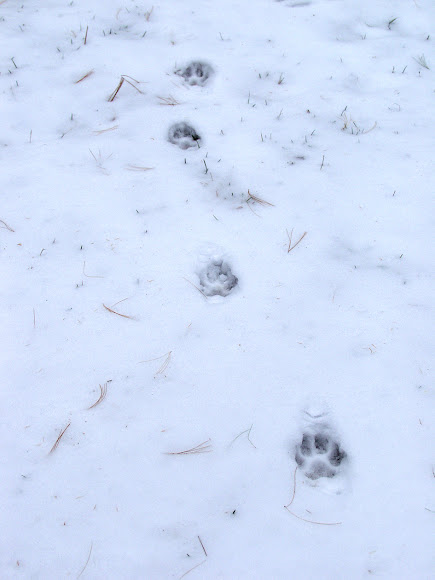 Several examples of Gray Wolf tracks in the snow, and plaster casts. The single plaster casts were made in the snow. There is also an example of a wolf track next to a Sandhill Crane track taken in April 2010 on a minimum maintenance road in Northern MN