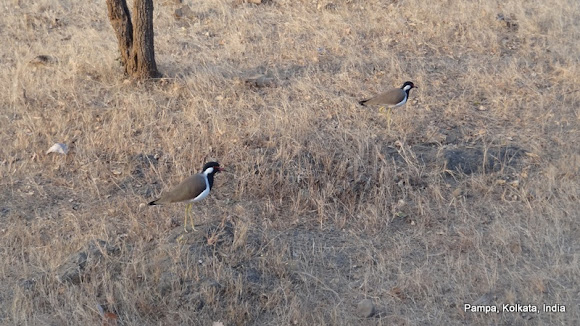 A red fleshy wattle in front of each eye is the reason of the name "red wattled". The wings and back are light brown. Head (crown), chest and front part of neck are black.Prominent white broad patch runs between these two colors from eye to shoulder and on underparts.Short tail is tipped black. Black-tipped red bill. Long yellow legs. They eat insects mostly picked from the ground. Also feed on some grains.

Colloquial names "did-he-do-it", "titteer" for its loud alarm calls which sounds like this.