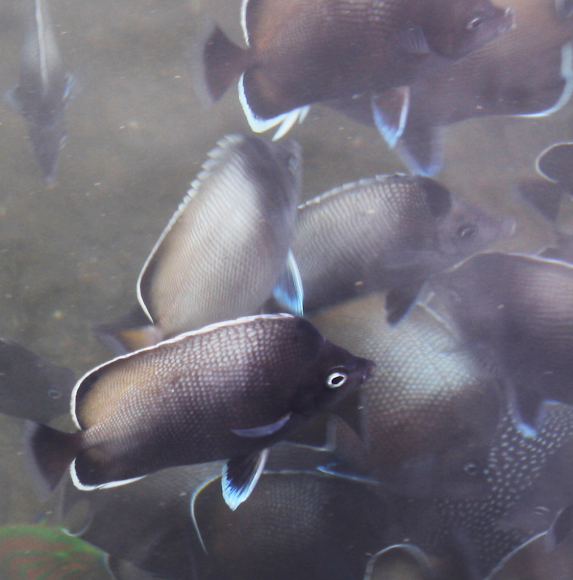 It is endemic to the seas round Easter Island, 3,500 kilometres (2,200 mi) off the coast of mainland Chile. The Easter Island butterflyfish is native to the waters around Easter Island and is found nowhere else. Its preferred habitat is on reefs and among volcanic boulders heavily clad in brown algae at depths down to about 20 metres (66 ft). Juvenile fish are sometimes found among corals in rock pools.

At one time this fish was listed as "Vulnerable" by the International Union for Conservation of Nature in their Red List of Threatened Species but in 2010, this was changed to being of "Least Concern". The reason given for this change was that, although its range was very limited, this fish was quite common within that range and did not face any significant threats. A small number of fish were collected for the reef aquarium trade but the number was not believed to reduce the population to any great extent.

I see you went for a nice trip Rolo!