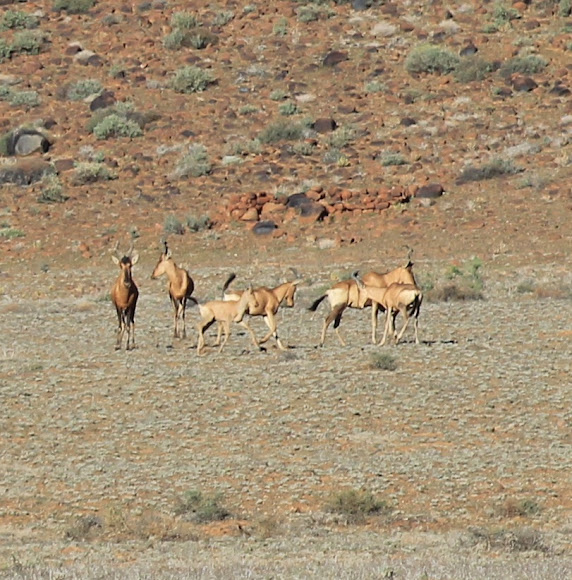 Alcelaphus buselaphus caama is a large African antelope of the Bovidae family, one of ten subspecies; it is sometimes treated as a separate species, A. caama. Commonly known as the red hartebeest, it is the most colorful hartbeest, with black markings contrasting against its white abdomen and behind. It has a longer face that other subspecies, with complex curving horns joined at the base.