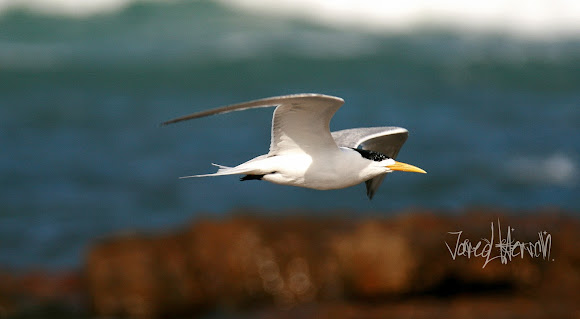 has grey upperparts, white underparts, a yellow bill, and a shaggy black crest which recedes in winter. Its young have a distinctive appearance, with strongly patterned grey, brown and white plumage, and rely on their parents for food for several months after they have fledged. Like all members of the genus Thalasseus, the Greater Crested Tern feeds by plunge diving for fish, usually in marine environments; the male offers fish to the female as part of the courtship ritual.