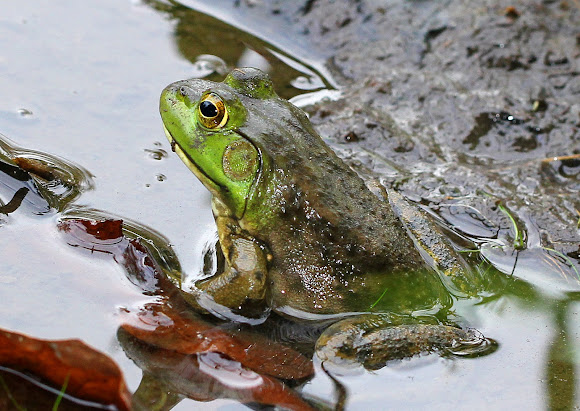 Spotted near the edge of a small woodland pond. There were several bullfrogs in the pond, as well as tadpoles. I wasn't able to catch any of the frogs because they were too fast and gave warning croaks to their buddies. The frog in this spotting was the largest one that I saw and it was bravely sitting alone like a sentinel.

During the winter, bullfrogs burrow into the mud on the bottom of ponds and absorb oxygen stored in the mud. They remain there until spring.