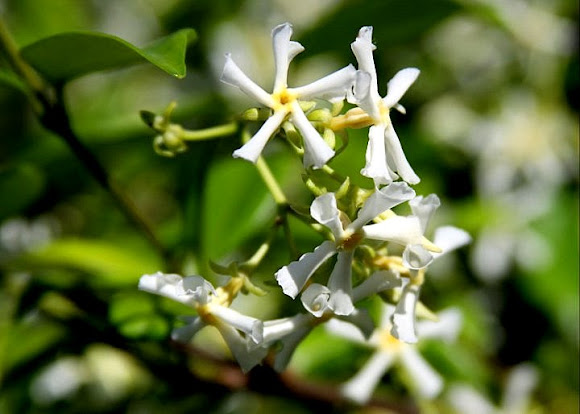 Growing on the fence around a football field, climbing like a vine up and over. The only flower I can think of with tightly curled petals. Like little scrolls ...

Also called Confederate jasmine and trader's compass. Explanation of these names from Wikipedia: Many people believe that the name "Confederate jasmine" derives from the Confederate States of America, and it is widely planted in the South, but in fact the plant is named for its origin in the Malay Confederacy. It gets another of its common names, "trader's compass" from an old Uzbekistan saying that it pointed traders in the right direction— if they were of good character.