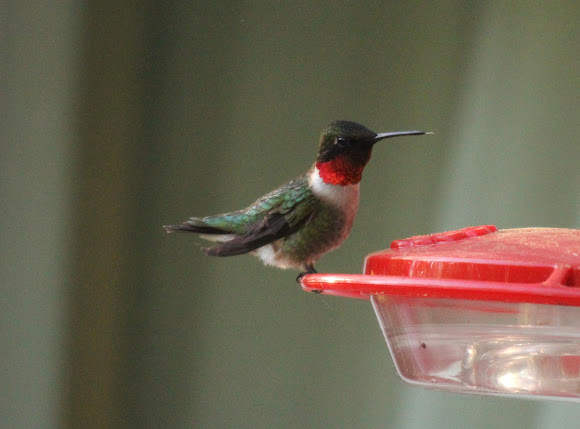 The ruby-throated hummingbird is the smallest bird species that breeds in the Eastern United States and Eastern Canada. The adult male has a gorget (throat patch) of iridescent ruby red bordered narrowly with velvety black on the upper margin and a forked black tail with a faint violet sheen. The red iridescence is highly directional and appears dull black from many angles.

The breeding habitat is throughout most of eastern North America and the Canadian prairies, in deciduous and pine forests and forest edges, orchards, and gardens. The female builds a nest in a protected location in a shrub or a tree. Of all hummingbirds in the United States, this species has the largest breeding range.[