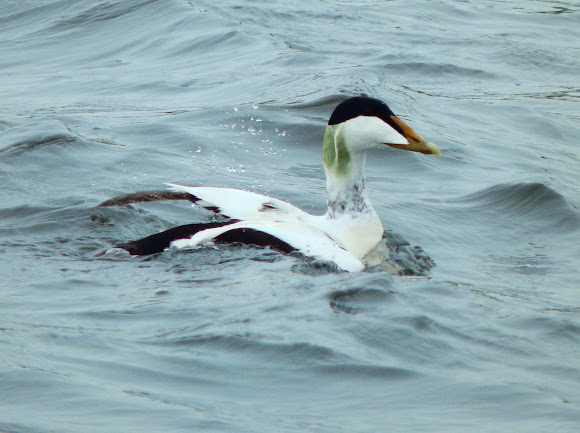 It breeds in Arctic and some northern temperate regions, but winters somewhat farther south in temperate zones, when it can form large flocks on coastal waters. The male is black and white plumage with a green patch on the back side of the neck. The female is a brown bird, but can still be readily distinguished from all ducks, except other eider species, on the basis of size and head shape.

Last pic is of one male escaping the females while he was trying to gobble a crab and they were trying to steal it from him..in the end he won as you can see from his full throat.

Nice capture!
We saw this species for the first time last month in Massachusetts :)