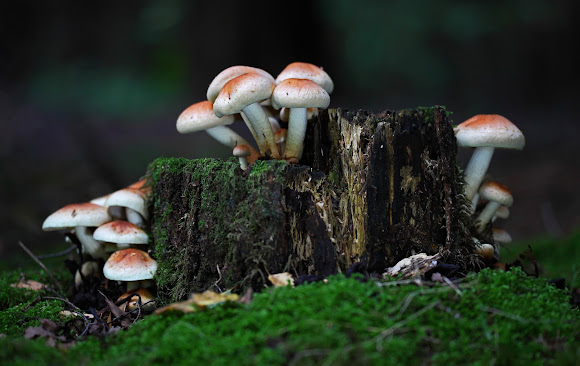 The cap is 3.5–10cm in diameter, usually with a brick-red coloration in the center and a paler margin. It is smooth, sometimes with red-brown flecks in the middle and sometimes with flaky veil remnants, which can easily be washed off in the rain, on the outside. In Europe this mushroom is often considered inedible or even poisonous, but in the USA and Japan it is apparently a popular edible fungus.

They are found in dense clusters on stumps and roots from October until long after frosts.