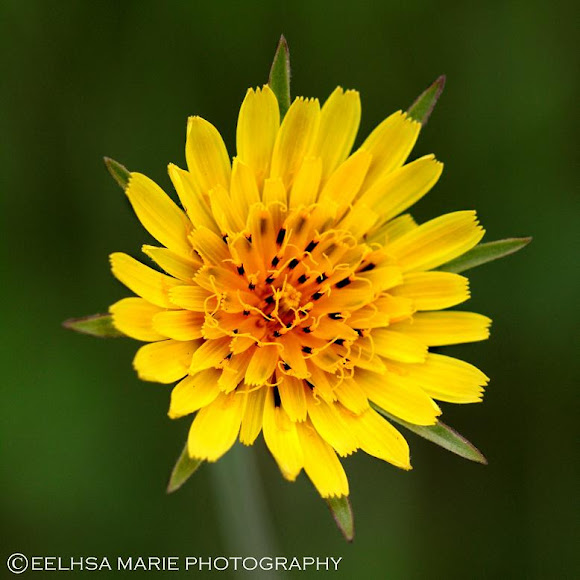 Meadow Salsify is known by various other names, such as: Showy Goat's Beard, Meadow Goat's Beard and Jack-Go-To-Bed-At-Noon. It flowers between June and October and has edible roots and buds. This Salsify grows anywhere from 30-100 cm (12-40 in.) tall and the flowers are only open during sunny mornings.

Meadow Salsify is a biannual plant common across Europe and North America. It is also found in various locations in Scotland and Ireland and in most of England. It is most commonly found growing in fields or on roadsides.