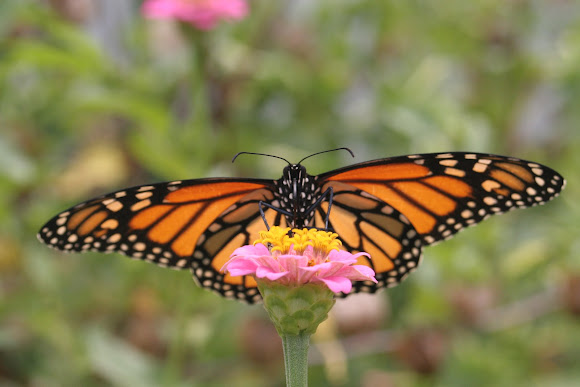 Awesome Elaine! Is the video somewhere I can see it? I would love too!

Wonderful video, LuckyLogan! I just had the unbelievable experience of watching a caterpillar select a spot for its chrysalis and begin the process of creating that chrysalis. That chrysalis was in the perfect spot for me to watch and watch I did! The chrysalis was created August 22. Saturday (September 7) I watched all day long but no butterfly appeared. Sunday morning, after watching about 30 minutes, the butterfly began its journey into the world. The camera was at the ready and I captured the whole thing.....an absolutely incredible experience! Thank you for sharing the video!