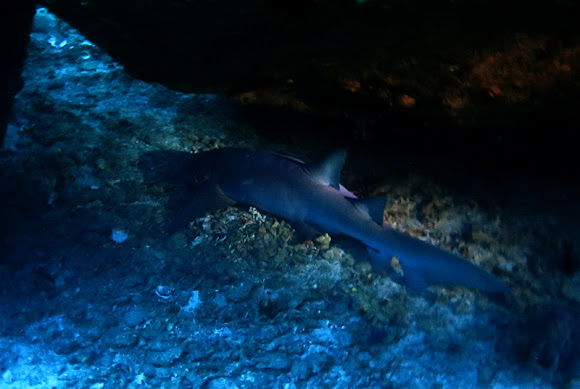 Tawny nurse shark is quite similar in appearance to the nurse shark (Ginglymostoma cirratum) of the Atlantic and East Pacific, from which it can be distinguished by its pointed-tipped dorsal fins and narrow, sickle-shaped pectoral fins. The maximum recorded length of the tawny nurse shark is 3.2 m.

It is found along coastlines in the Indo-Pacific. It prefers reefs, sandy flats, and seagrass beds from very shallow water to a depth of 70 m.

The International Union for Conservation of Nature (IUCN) has assessed the tawny nurse shark as Vulnerable, with subpopulations in several areas already diminished or extirpated.