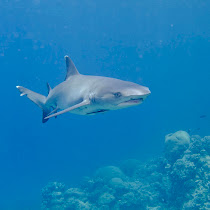 Sharks of the World: the ocean guardians

To monitor shark populations of Queensland Australia with photographic/video evidence. Take as many pictures/video as possible of different shark species. Add where they were found, what they were doing, their behaviour, and if they were interacting with other species. *Edited by Project Noah management team to comply with user-created mission rules. Sign in to join mission

With shark populations declining around the world I want to document species abundance and distribution to look at seasonal and yearly changes. This is a local mission for Australia.