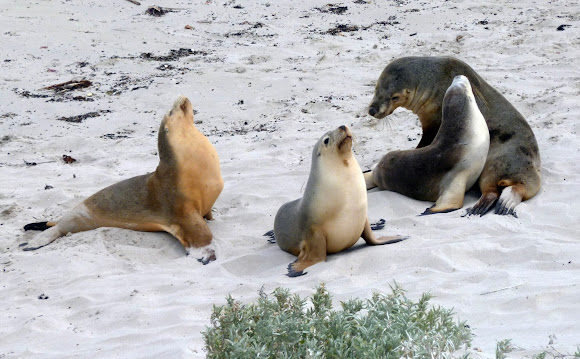 This series of photos and a video show four Australian sea lions interacting with each other. Two of them are either play-fighting or the larger bull is serious in his endeavour to chase the smaller sea lion away.

Photos and videos were taken in Seal Bay on Kangaroo Island, South Australia.

Missed this one. Excellent spotting!