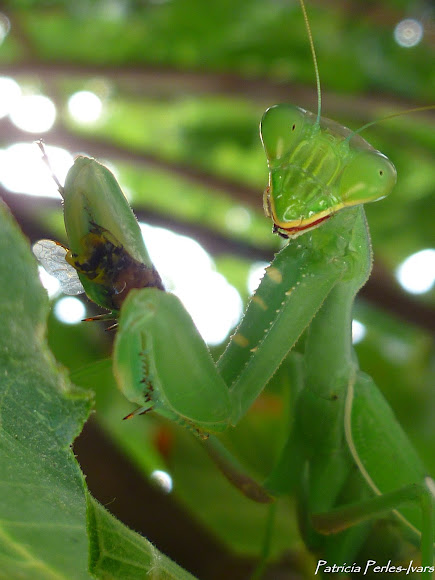 Thank you so much ForestDragon for your correction! you're right!
:)

Wikipedia states that there is an introduced population of these in Spain:
http://en.wikipedia.org/wiki/Sphodromant...

See what you think!