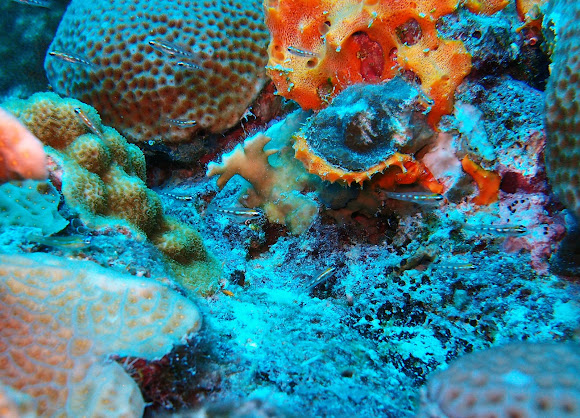 Classified as vulnerable species by IUCN. This widely distributed species is common and abundant where it occurs on coral and rocky reef. Coral reef habitat has declined by 59% over the past 41 years. Its generation length is short and three generations is inferred as no more than 10 years. It has been documented as susceptible to predation by the invasive lionfish, which now occurs throughout the entire range of this species. An overall 65% decline in prey biomass was directly observed over a period of two years in the Bahamas. Based on this information, a suspected population decline of >30% is projected to occur over the next ten years due to predation by the invasive lionfish.