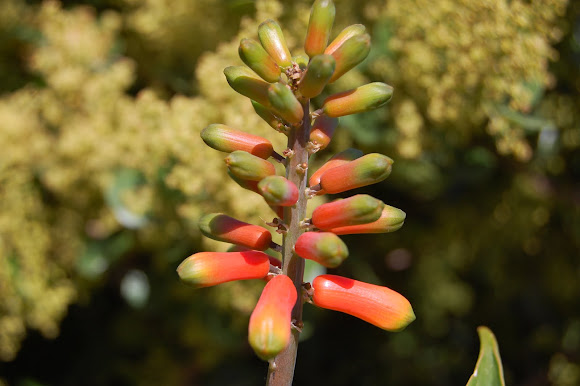 A fast-growing dwarf succulent with subterranean suckers, forming small, dense rosettes up to 200 mm in diameter.

The Aleo is native to Africa, and is common in South Africa's Cape Province, the mountains of tropical Africa, and neighboring areas such as Madagascar, the Arabian peninsula, and the islands of Africa.

Members of the closely allied genera Gasteria, Haworthia and Kniphofia, which have a similar mode of growth, are also popularly known as aloes.

Thank you :) They are quite different to the usual flower.