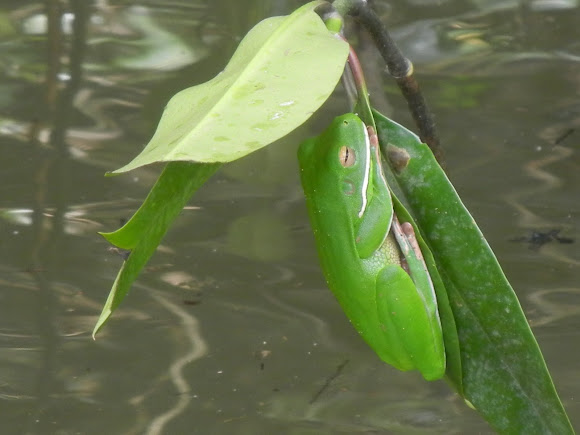 In part of the Daintree Tours with Grant we went on a River Cruise - the Captain (Bruce)spotted this frog along the shoreline. He indicated that the frog had likely fallen from a nearby tree into the river in an effort to escape a predator. Eventually the frog would make it's way up the branches to a higher spot in the tree instead of being so close to the water.

Largest tree frog in the world.

Wow that is big! I have a white's tree frog for a pet and I thought it was pretty big for a tree frog. Thanks for sharing!

Zenyn Ethridge -- thanks for the comment, the frog was quite large and about 10-11cm long. But that is an approximation because we had to get in close from the boat.

Great photo! Exactly how big was it?